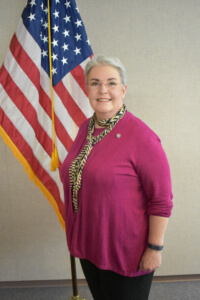 Director Fitzpatrick and the Oregon Department of Veterans’ Affairs will host a virtual Statewide Memorial Day Ceremony this year on Facebook and YouTube. All Oregonians are welcome to join for the live premiere at 10 a.m. May 31, or tune in at a later time.

For the second year in a row, Memorial Day observances in communities, organizations and even within family groups will look very different later this month because of the COVID pandemic.

The parades, large ceremonies and other occasions, which I and so many others in the Oregon veteran community have always found moving and meaningful, have not yet been able to safely return in many places.

Yet, the importance of this day — and the emotions and memories that it brings — have not changed.

For countless families across our communities, our state and our nation, Memorial Day is a stark and, often, painful reminder of those loved ones who went to serve their country and never came home.

Whether they volunteered during a time of war, stood guard over our peace or never expected to wear the uniform until their draft card arrived — their service and selfless sacrifice represent the best and highest ideals that America has to offer.

We continue to feel their loss today.

In recent months, and particularly as we have approached this year’s Memorial Day holiday, I have found myself reflecting on the themes of unity and strength in diversity.

It was just before the Korean War, in 1948, that President Harry S. Truman issued Executive Order 9981 — abolishing discrimination based on race, color, religion or national origin in the United States Armed Forces. When war broke out in 1950, our country entered the fray with a fully integrated and desegregated military.

I believe those who have served our nation in uniform know the meaning — and the value — of unity more than almost anyone else. We were trained to protect those on our right and those on our left — and to trust that they would do the same for us.

Every day in service, all that mattered was that someone had your six, and was there to offer a hand when you stumbled. Their color, nation of origin, religion or sexual orientation were not part of the equation.

After service, the diversity of our veteran community is a source of immense pride and strength. We are Black, White, Latinx, Asian American and Pacific Islander, men, women, transgender and non-binary, young and old, urban and rural, of every race, religion and creed — unified through our shared service and sacrifice.

The honored ranks of the fallen include Sgt. John Noble Holcomb, who was born in Baker, Oregon. John was awarded the Medal of Honor posthumously for his extraordinary courage and sacrifice during the Vietnam War — where he singlehandedly forced an enemy retreat, despite being mortally wounded, saving many American lives.

They include Erin McLyman, from Eugene, Oregon, who proudly enlisted in the United States Air Force after recovering from a severe, years-long addiction to drugs and alcohol that began when she was in just her first year in high school. , She later enlisted in the Oregon National Guard, and was eager to deploy to Iraq. She died March 13, 2010, in an enemy mortar attack.

They include the 100th Infantry Battalion — which became known unofficially as the “Purple Heart Battalion” — The unit was one of only two combat units during World War Two that was comprised of second-generation Japanese-Americans (known as “Nisei”) who had briefly had their rifles stripped away due to prejudice following the attack on Pearl Harbor.

They would go on to fight bravely in Europe, even as their families remained in internment camps back in the United States. The men of the 100th Infantry Battalion earned recognition as the most decorated American unit of its size and length of service. The 18,000 men who served earned nearly 9500 Purple Hearts, 21 Medals of Honor, and an unprecedented seven Presidential Unit Citations.

And the honored ranks of the fallen include Army Sergeant 1st Class Alwyn Cashe, who was the first Black service member to receive the Medal of Honor for service in Iraq or Afghanistan for the heroism he displayed after his Bradley struck a roadside bomb.

The explosion ruptured the Bradley’s fuel cell, engulfing both the vehicle and its occupants in flames. Enemy fire soon rained down on their position. But none of that stopped Sergeant Cashe from acting quickly to save his soldiers.

Drenched in fuel, he pulled the driver and five other soldiers from the burning vehicle — saving their lives, while suffering second- and third-degree burns over 72% of his own body. Despite this, he insisted on being the last person on a medical evacuation helicopter.

Alwyn exhibited incredible courage during that attack. Despite the fact that both the vehicle and its occupants were engulfed in flames, and amid unrelenting enemy fire, Sergeant Cashe acted quickly to save his soldiers.

Putting the welfare of his soldiers ahead of his own and ignoring the terrible burns over 72 percent of his body, he insisted on being the last person on a medical evacuation helicopter.

It is impossible to know exactly what was going through the minds of Sergeant Cashe, Sergeant Holcomb, Private McLyman, the members of the 100th Infantry Battalion, and so many other heroes as they made the ultimate sacrifice. But we who have served know they were motivated by the rare courage and devotion that is common to those who have borne the battle — to protect our nation, our loved ones back home and our fellow servicemembers.

The harsh reality of war and conflict is that not everyone will make it home. Let us honor the memory of heroes no longer with us — not just on Memorial Day, but every day. And let us strive to live up to the incredible example they have set for all of us.

May we never forget our fallen heroes. They were the best our country had to offer, and their memory inspires us to be better. Their courage moves us. The world is a better place because of them, because they lived and because they served.

May we never forget what they sacrificed, and what their loved ones have lost.

Thank you for joining us today. And on behalf of the Oregon Department of Veterans’ Affairs, I wish you and your loved ones a safe, reverent and meaningful Memorial Day.

Kelly Fitzpatrick is the director of the Oregon Department of Veterans’ Affairs and Gov. Kate Brown’s policy advisor on veterans’ issues. She is a retired Army officer. Her military awards and decorations include multiple awards of the Meritorious Service Medal, the Southwest Asia Service Medal and the Army Parachutist Badge.