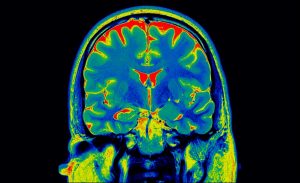 Today, VA announced a collaboration between its National Center for PTSD and the nonprofit organization PINK Concussions, encouraging women to donate their brains for the purpose of research of the effects of traumatic brain injury (TBI) and post-traumatic stress disorder (PTSD).

“In the past, the focus of TBI and PTSD brain research has primarily been based on male brains — without any active recruitment for women,” said Dr. Carolyn Clancy, executive in charge of VA’s Veterans Health Administration. “We have a lot to learn about how the female brain deals with TBI and PTSD, which makes this effort long overdue.”

“We are so grateful to partner with VA to launch the first active recruitment of female Veterans, as well as active-duty members and civilian women to be a part of brain injury and PTSD research,” Snedaker said. “VA continues year after year to be one of our most valued partners in our ongoing mission to improve pre-injury education and post-injury care for women with brain injury.”

While there is postmortem brain tissue available for study of injury in men, there has been almost none for women. There is also a lack of research on chronic traumatic encephalopathy, also known as CTE, in women. In all published literature on CTE, only two peer-reviewed journal articles (both published in the early 1990s) have focused on women.

Women Veterans interested in participating in the brain bank may take the PINK Concussions pledge. Though tissue donation may occur many years or decades from now, enrollment will allow researchers to learn as much as possible about the health of an enrolled female participant and how things may change over the years.